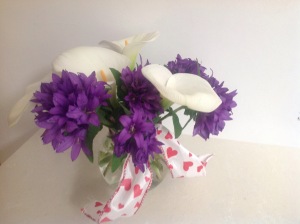 It is 33 years since My Man and I married!  We often comment to one another that it seems like only a few years ago that we met.  I still see My Man as a strapping young 30-year-old.  And it’s only when I stand in front of my mirror that I see that I’m not the “young thing” that he married!  Wait a minute! Young thing?  Not according to what our marriage license said.

Let me take you back to 1983.  It was a beautiful Spring morning and My Man and I went down to the local Notary to obtain our marriage license.  It was a pretty easy step.  All we needed was our identification and birth certificates.  All was pretty straight forward.  My Man was referred to as “bachelor”.  But to our surprise but mostly to my surprise was the term that was used to describe me….a “spinster”. Yes. There it was in print.  I was described as a “spinster”.

The Concise Oxford Dictionary describes a spinster as “Unmarried (especially elderly in popular use) woman” .

When I was growing up, anyone who was a spinster was well…really old.  You know like over the age of 30.  But I wasn’t anywhere near that age!  My Man and I had a good laugh over that one.

I wonder if any of that wording of spinsters and bachelors has changed over the years.  The word marriage has taken on a whole different meaning.

Now a days marriage between a man and woman is becoming a rare thing.  Many younger couples have partnerships.  There are many non-traditional arrangements and same-sex marriages.  Times have certainly changed.  Come to think of it…I think I rather prefer the old ways.  I can probably even get used to that word…spinster!

Please note: All ads displayed at the bottom of this post are inserted by Word Press. These ads have not been selected by Petrosha and are not endorsed by petroshasblog.wordpress.com. 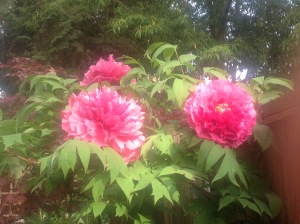 I was watering my garden this morning and not really sure why I thought of it, but I recall meeting a young girl a few years back who absolutely refused to call her mother “Mom”.  She always and only referred to and called her mother by her first name.

I asked her why.  She had no definitive reply; just saying that it was cool.

Well to that I say…phooey.  You can call your co-workers, friends and your other relatives by their Christian names.  But there’s only one person whom you are privileged enough to call Mom!

Please note: All ads displayed at the bottom of this post are inserted by Word Press. These ads have not been selected by Petrosha and are not endorsed by petroshasblog.wordpress.com.